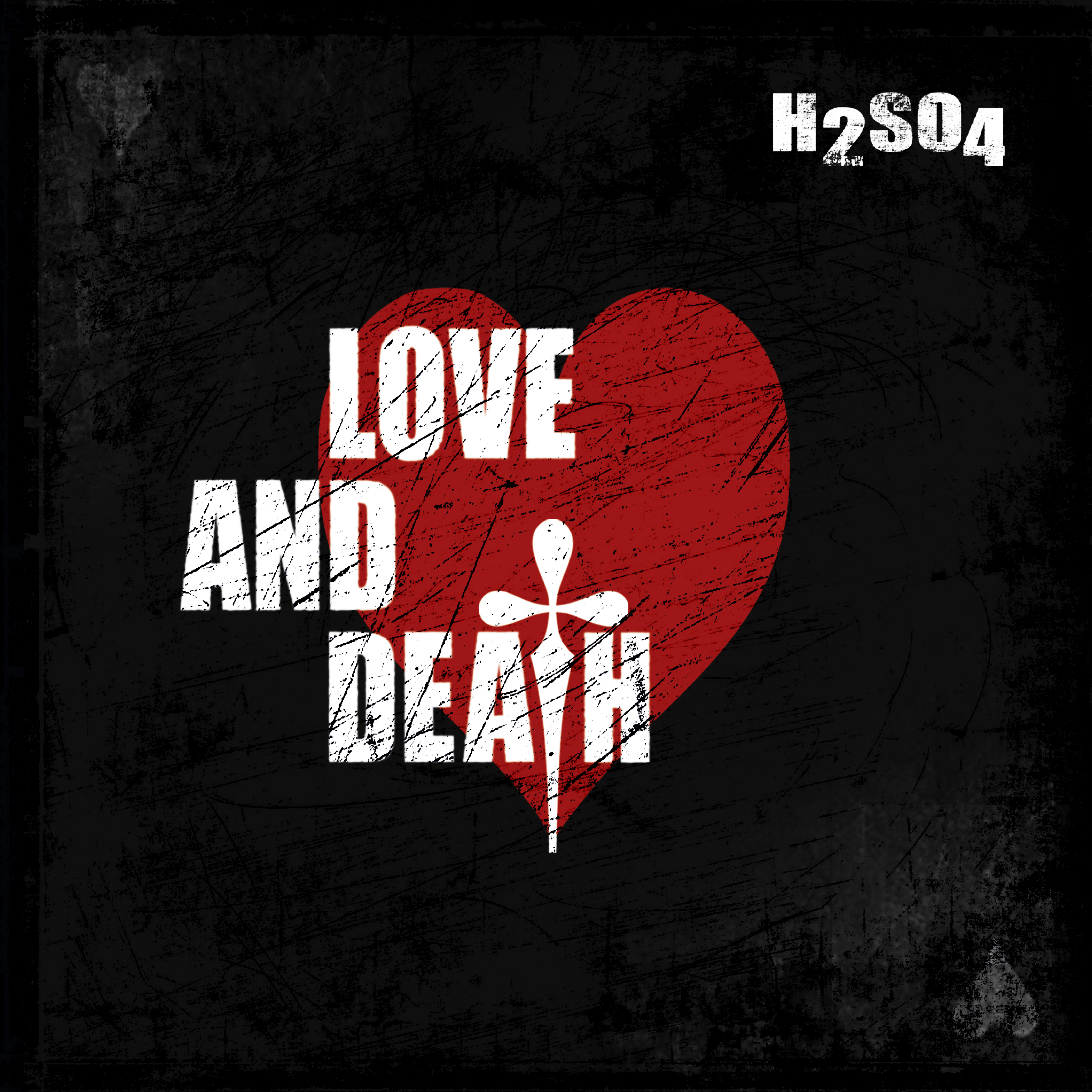 A few words from Gary Levermore (Red Dand PR) about the album we created for H2SO4. It came out well:
‘Love & Death’ explores the more poetic and visionary aspects of the quartet’s world view, romantic and futuristic and reflecting the timeless calculus: Love versus Death.
“The work process was fast and fluid,” says Phillips of his role as co-producer/mixer. “I picked out some key songs that Graham and James had already recorded and got a few raw ideas together before playing them to Guy, who would either do nothing at all or completely turn them on their head. Neither of us was sure what we were dealing with but almost every track we worked up sounded great. However, it wasn’t until we played them to a friend who came up with the final album running order that we knew we’d got something special on our hands.”

“Thematically, the album explores the emotional landscapes of love and death,” states Cupples. “From the high and noble uplands of love to the desolate plains of betrayal and loss. The death of love can be as profound as bereavement. To be abandoned in love can feel like being deleted,” he adds, wryly referencing the sampled line “all memories erased” from album song ‘Don’t Delete Me’.

‘Love And Death’ carries other moments of portent, even within colourful floorfillers such as ‘Machines Love’ and the Bowie referencing ‘Hello Spacegirl’, as well as the hauntingly beautiful ballad ‘No Poems’ and the spatial, downtempo Pink Floyd-esque ‘Missing You’. Others, such as ‘Weirds Me Out’, contain exhilarating electronic orchestrations. “We hope this album has you rooted to your seat, interested in what happens next: a story of love and death unfolding before you,” concludes Cupples.